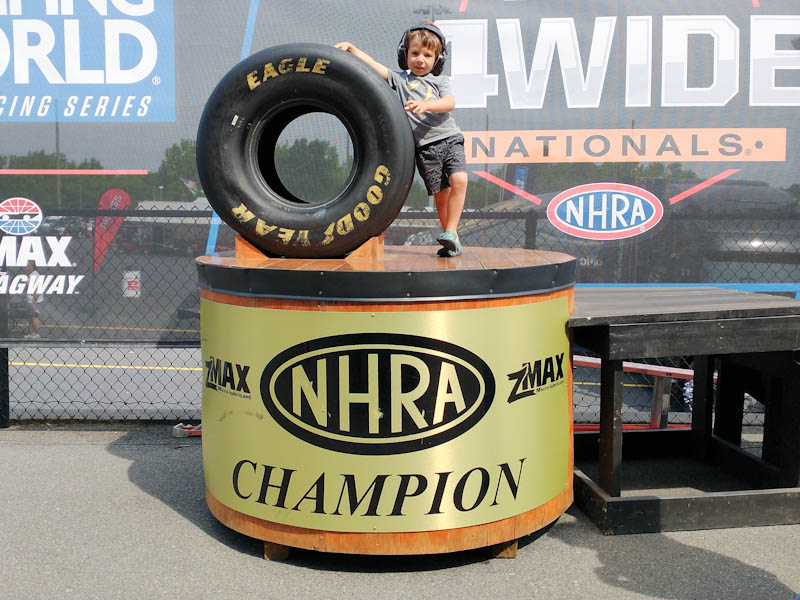 I know, I know. I skipped writing a Blog last week which would have been Blog #181, but I had good reasons; at least in my mind anyway. There was just so much going on that I lacked the time and energy to pound away on a keyboard. I apologize for that but it’s what has become my life lately.

This past weekend was the Four-Wide Charlotte NHRA national event and other than missing it last year, I’ve attended everyone of them. Besides doing well there; maybe not was well as three “ice Cream Scoop Wins” at the Norwalk race; I still enjoy Charlotte. Besides the race, it’s home to my son, his wife, but maybe more importantly now, my 3-1/2-year old grandson Evan. With us living in Pennsylvania, we 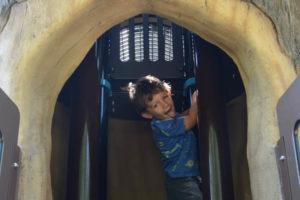 don’t get a chance to see and play with him as often as we want to.

The week began on Monday with a nine-hour trip south from our home. This “medical condition” I’m suffering through has taken quite a toll on my body, but the goal all winter long has been to get behind the wheel of either my dragster or our Dave Huewetter-owned Super Stock car. I’ve already missed a couple of races this year and of course, the weather at home isn’t exactly conducive for racing, which made Charlotte a more obvious choice for my first race back.

I had entered the Super Stocker and was so much looking forward to the event. My son had entered Super Street with his car so I knew I’d have help there. However, the closer it came to the date of loading and leaving, it was becoming apparent to me that my energy level was so far in the toilet, that even attempting to get in and out of the car would be a struggle.

Nonetheless, I charged forward, moving the Super Stocker from the storage garage to the main shop in anticipation of readying it for 2022 competition. Problem #1 came in when it took every bit of my energy to even get it up on the Pro-Jacks. I could sense then this wasn’t going to be easy and the closer we came to the event, I had to make the unenviable decision to withdraw from the event. I was going anyway, but there really was no way I was going to be able to load the trailer and drag it all the way to Charlotte, even with the immense amount of help my wife has assisted me with throughout the ordeal of this past year.

I dislike having to repeat this word again… But nonetheless, we made the trip and spent some enjoyable time at the race, spending most of the time chauffeuring Evan around on golf cart rides. Despite $4 a gallon gas, he cared little for that and just wanted “golf cart rides grandpa,” and so I obliged. Besides that, seeing friends and catching up with them got me to my “happy place.”

I also did one other thing which; not to sound religious or anything; was in accordance with another Rulebook, the Bible. Like many of us, I’ve been a supporter of the Racers for Christ organization. It’s been around for 50-years or so and has quite a following for those of us who don’t necessarily have a “home church.” And so the Bible states, “Is anyone among you sick? Then he must call for the elders of the church and they are to pray over him, anointing him with oil in the name of the Lord (James 5:14).

This disease I’m fighting has left me a broken man at times, but I’m grateful for the many who have offered their prayers and support, with special thanks this weekend for Chaplains Tom Ratliff and Eddie Baugher, along with two other Chaplains who prayed for me and offered support.

And speaking of Tom Ratliff… a long-time Super-class racer, he gets the chance to jump in Glen Treadwell’s Comp Eliminator car after a month following his heart attack, and walks away with his first national event win. Tom and I had spoken on Sunday morning when he already knew with three cars left, he had the bye to the final but he said then, “I’m down on index and it’s going to take a miracle for me to win.”

I told him he should know that miracles do happen and it did for him in the final against Bill Skillman. A BIG CONGRATS to a great guy.

As for me… Gotta have goals and mine is to get back behind the wheel sooner rather than too much later. There may be some other Blogs I miss in the coming weeks so please forgive me for that. 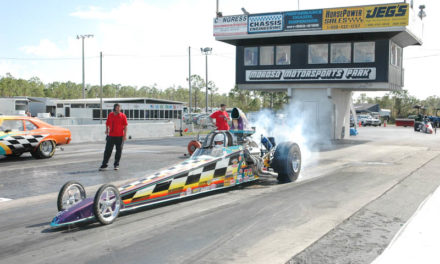 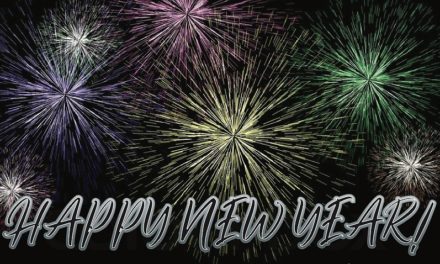 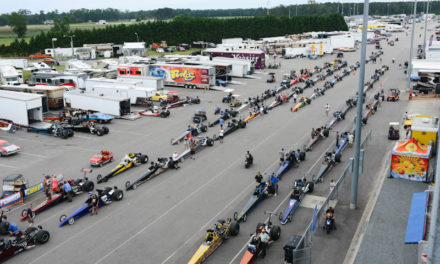 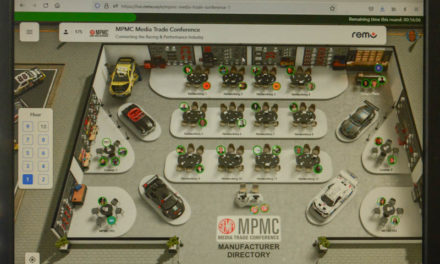