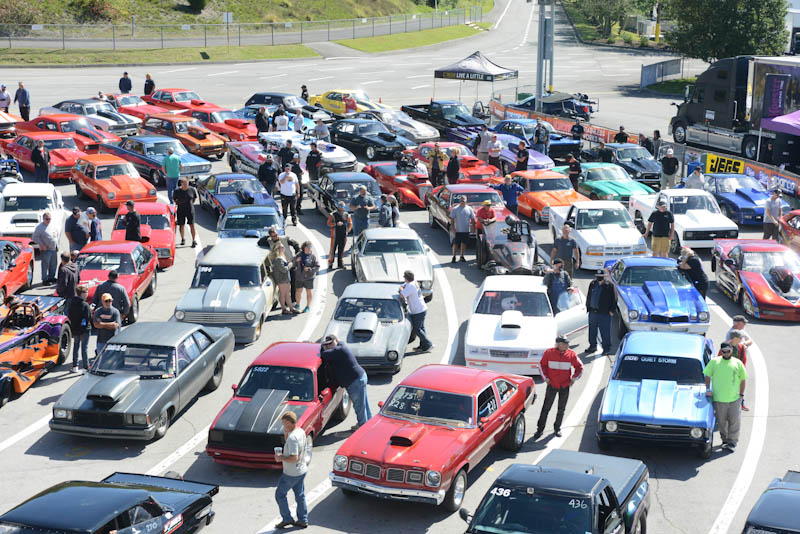 We’re all going somewhere in life, and we may eventually meet up, whether here, there, or in the air. 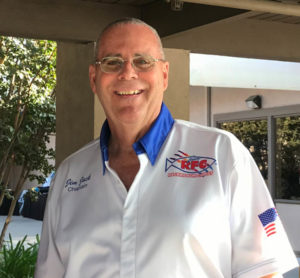 There truly is an eternal planned destination, and it’s past the finish line of our earthly life, and in complete honesty, we all have our eyes set on this finish line…so there’s no time to whine…get up off the pine…you can nibble on the vine…it’s okay to skip the wine…while you’re looking for something that’s mighty fine…or want to claim it as mine…now it’s time to truly dine…when you see and understand God’s eternal sign.

Drag racing has literally brought many great people into our lives. In all the years I’ve been attending the races—as a spectator and chaplain—the people are what really matter the most. The racing is the catalyst. The racing is just the side-show part of the overall equation in life, as we develop those important relationships that hopefully last many years.

“Going Up the Country” by Canned Heat was a popular song in the late 1960’s. It really fit into the hippie movement of that era. Some of us—yes me too—were part of that era and have many fond memories of racing, music, concerts, vacations, trips, going to new places, and of course, most importantly spending time with family and friends.

Don’t you just love the wide-ranging names of drag boats? “Whiskey River II,” was the name of Jay Haroutunian’s Top Fuel Hydro which he raced for many years. He was one of the really nice guys in the sport. He left a good legacy. The name of his hot rod fits in with the theme of going up the country, and Jay will forever be known for his friendly smile and gracious conduct during his thirty five year career in racing. He was a top-shelf kind of guy…wasn’t too shy…wouldn’t lie…liked the rye…hopefully everyone who knew him got to say goodbye.

Some of you may be familiar with the lyrics to “Going Up the Country,” if you were into the music of that era. These lyrics were about doing your own thing and getting away…“All this fussing and fighting, man, you know I sure can’t stay,”…hey my friends it’s time to go play…before our hair gets too gray…or they put us in a box to lay…back in those days fun was gay…you partied a lot on a glass tray…maybe even convened on a bale of hay…and didn’t care about the time of day.

In reality, who wants to stick around a place that is unpleasant or not satisfying? Life is meant to be enjoyed every second of everyday [like racing]. Physical life was given to us to prepare us for going up the country, an unseen country through human eyes, but a country that is a prepared place for prepared people. “These were all commended for their faith, yet none of them received what had been promised, since God had planned something better for us so that only together with us they would be made perfect,” (Hebrews 11:39-40 NIV).

Drag racing is not a place of unpleasantness as all competitors simply enjoy the opportunity to race, go fast, try to win, gain some respect, and mostly have a genuine blast as they battle it out with their boats and their buddies. Going up the country to the next race is really the place where racers want to be next. Racers long for the next event regardless if they won or lost at the last event. The opportunity to do it again drives people to want to be successful.

I didn’t know the guys that wrote the song, but I hope you (and them) will allow me to make a couple of changes to the lyrics and spiritualize “Going Up the Country?”

“There is a river whose streams make glad the city of God, the holy place where the Most high dwells,” (Psalm 46:4 NIV). This isn’t a whiskey river type of river, but it is a river that never dries up, never gets out of control, never overflows its banks, never sours, is always clean and pure, and just keeps on blessing everyone who dwells near it and drinks from it.

Even the heartiest racers at times just want to get away and simply do something else for a while. Therefore, remember, drag racing isn’t a forever thing in our lives. It does have a finish line for all participants. Racing may be a lifetime gig, but that it is: A one lifetime attempt at enjoying the blessings of free will. Will there be racing in heaven? I do not believe there will be any competition in heaven. There will be only winners. We will have much better matters to tend to, because you can’t have a loser of a race in heaven. No more sorrow, so no more defeats of any kind, and not even victory tears of joy.

As the song went on to say …

“I’ve got to leave this city, got to get away
All this fussing and fighting, man, you know I sure can’t stay,
Just exactly where we’re going I cannot say, but we might even leave the USA
Cause there’s a brand new game that I want to play
No use of you running, or screaming and crying,
Cause you’ve got a home as long as I’ve got mine.”

Going up the country sounds really good. Going somewhere different beckons many of us to go and chill-out for a time being. In reality, we can stay home and figuratively go up the county while enjoying peace and quiet with family and friends.

We can even equate going to church as a great place to get away from the pull of the world and its many temptations. We can be with our church family for an hour or two but we can’t stay there forever. It’s only a fore shadow of what the true “winners circle” will be like when God crowns you with the victory trophy for following His Son.

Spiritually, going up the country starts the very second you get saved—by receiving Christ as your Savior—as you begin a new journey in life: Real life with your Creator who called you to Himself because He loves you and only wants the best for you.

Going to a race is like going up the country. You leave the normal earthly routine of toil for something that you long for, something you truly crave, something that seems like a dream, and something that may even be surreal. But unfortunately too many humans are determined to try and find that pot of gold at the end of a never reaching rainbow.

This future country is not one we reached for; it’s a country where God reached down with His own Son…because He loves you and me a ton…no need to fight or run…God’s gift of abundant life is truly fun…because with Christ you won…therefore eternal life is never done.

If you are going up the country, and headed up to a new and eternal country, then remember these words of endorsement, “If you are a child of God … there should be a strong family resemblance,” (Ken Owen). When I accepted Jesus Christ in Februrary1988 as my Savior and Lord, God literally directed me to Racers For Christ. RFC President Ken Owen showed me and taught me the real path of going up the country—the country of God. There was no fussing or fighting. It was a new game to play…one I will eternally stay…because Christ is the new country Way.

Driving a fast racing machine is probably like going up the country. It’s a place where few people get to go. But don’t forget about what lies ahead of your racing career—and your life—as the real finish line and is waiting around the next bend.

When we take a look at the world today…most of us say I got to get away…this world as we now see it is no place I want to stay…where I want to go I can now say…because with the Lord there is a new game to play…where everything will finally be okay…where the light of God will never fade or go away…evil will finally be held at bay…we will leave the good old USA…and the Lord will have the last say. 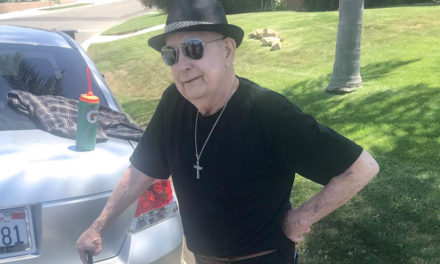 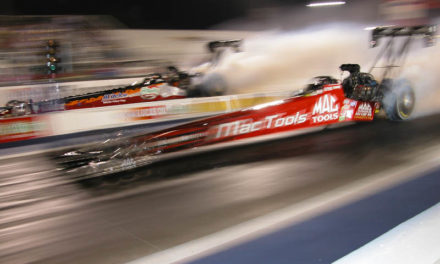 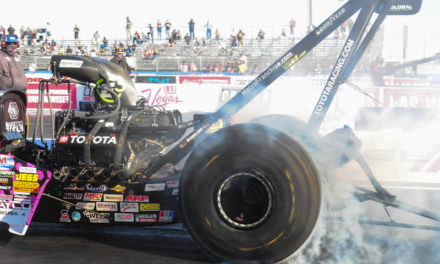 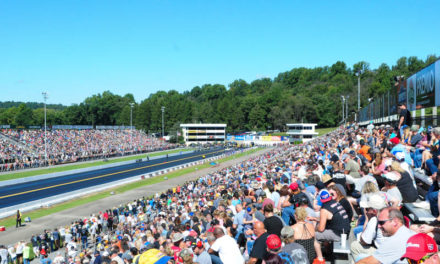