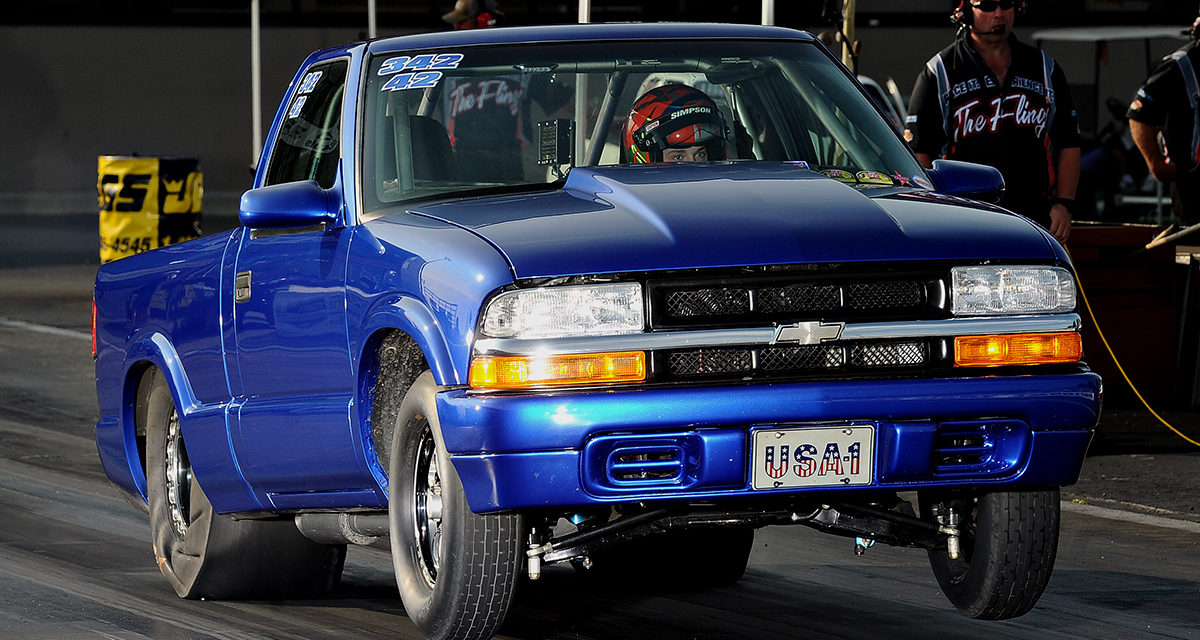 HEBRON, OH – Blue skies greeted racers for Fuel Systems Technology Wednesday on the second day of the JEGS Performance Summer Fling presented by Optima Batteries at National Trail Raceway. A “warm-up” purse of $15,000 would be up for contention, and every driver on property received a time run beginning at 8:15 a.m.

An even 230 racers staged up for the first round, exactly 115 door cars and 115 dragsters. The Fling Fun Zone was ready for water balloon action complete with a water slide, bounce house, and tent for racers and their families to escape the heat. The weather also had plans for water activities as a rain cell passed through during the buyback round, delaying racing for much of the afternoon.

Late into the day the dark clouds passed overhead to clear the way for the setting sun. The returning cars had several rounds to work through into the night before they were set on a ladder. Just past 9 a.m., the 10 remaining drivers were Bailey Ferraro, Michael Shoop, Tracy Sons, Brandon Prest, Jeff Serra, Garrett Griffith, William Roberts, Michael Needham, and Cory Gulitti in two entries.

Sons ended Gulitti’s hopes of putting two entries into the quarterfinals after posting up an .011 package taking .002 at the stripe. Serra had the two-thousandths advantage on the tree and took just one-thousandth too much to break out .001 against the .013 package of Ferraro. Needham took one-thousandth at the stripe to be “dead-on” four, advancing past Prest. Griffith was .010 total taking .004 to lock out Shoop’s .010 bulb for the bye run in the next round. Gulitti returned in his second entry to face Roberts and the round ended on the starting line by way of a double redlight. With TruStart in effect, the .004 red of Roberts in the door car would advance past the .011 red of Gulitti’s American dragster.

Door cars would outnumber dragsters 3-2 in the quarters with the second generation Camaro of Roberts and the trucks of Sons and Griffith. One-thousandth separated Sons and Needham, but it was the .008 stripe “dead-on” four of Needham that carried him into the semifinals. Ferraro’s .006 total was .025 better than Roberts’s light, granting him the bye in the semis and a place in the final round. Griffith threw down a .009 in his bye run and would be the last remaining door car, facing Needham at three cars.

Griffith ensured there would be a door car versus dragster final with a .016 package over Needham, while Ferraro had a free look at the track before matching up with Griffith. The recent success of both drivers — Ferraro with a 5K win several weeks ago and Griffith doubling up with two 10Ks last weeked — would make for some “young gun” on “young gun” crime.

Both drivers ran 15 thousandths above their dial but it was the starting line advantage of Griffith with the .008 reaction that secured him the win over Ferraro for the $15,000 big check. 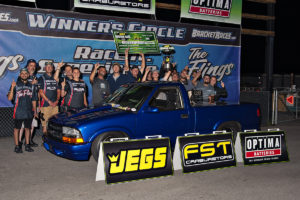 On deck is American Race Cars 25K Thursday which kicks off with a ‘New Entry Time Run’ at 8:15 a.m. To follow is ATI Performance Products 100K Friday and FuelTech 25K Saturday. 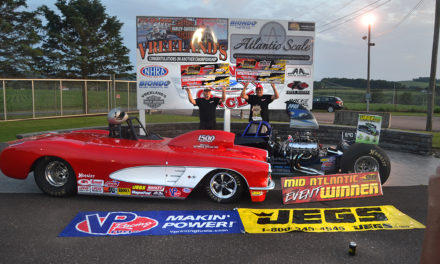 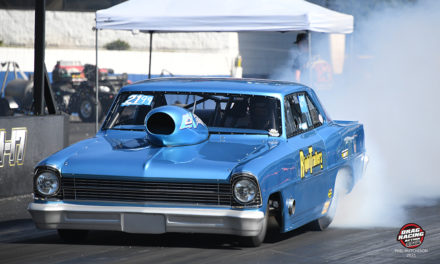 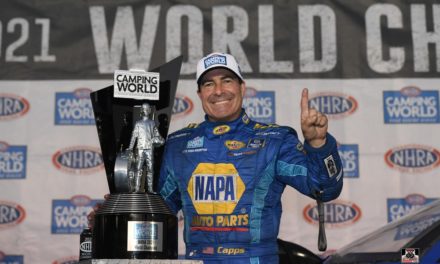