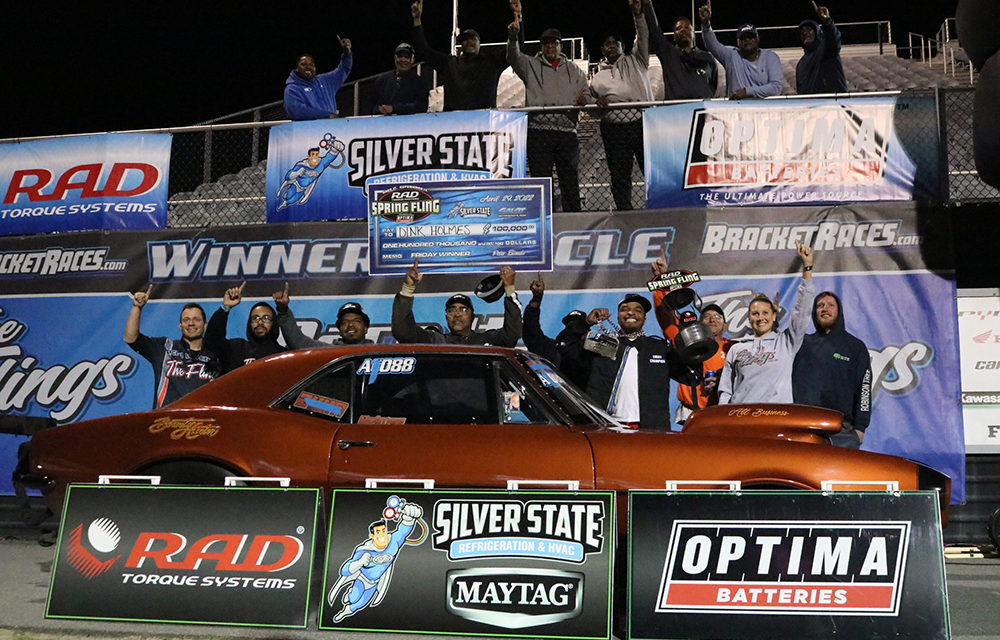 Benson, NC — The time had arrived for the Silverstate Friday main event at the RAD Torque Spring Fling presented by Optima Batteries at GALOT Motorsports Park. Before 410 entries rolled in the lanes for the first round of the $100,000 race, the day began with the Spring Fling Reaction Time Challenge in which $600 was dealt to various racers on the starting line for .00X lights.

Between rounds, the Brodix Best Package Runoff was on deck between the best door car and best dragster package of Wednesday eliminations through the third round on Friday. It was Bill Fordyce who put up a .001 package with a perfect light to square off with Sammy Hollingsworth, who was .003 total with a .000 bulb to qualify. Fordyce walked away with the SR20 heads by way of Hollingsworth’s five thousandths breakout.

As racers and their families enjoyed the Laris Motorsports Insurance Racer Appreciation Party with free food and a live DJ adjacent to the dragstrip, fewer drivers returned for each round until 10 remained to be put on a ladder including Richie Brown, Sean Serra, Daren Lotts, Josh Duggins, Dink Holmes, Dallas Glenn, Christian Walston, Greg Hicks, Robert Holton, and Larry Meray.

Glenn and Brown put up identical .014 reactions and Glenn was dead-on eight to advance, while Serra was .008 taking .005 to be dead-on six over Walston. Holton was .010 total for the win against Duggins, and Holmes used a .027 advantage at the hit against Meray to advance. In the last pair, Lotts turned it .004 red to Hicks. 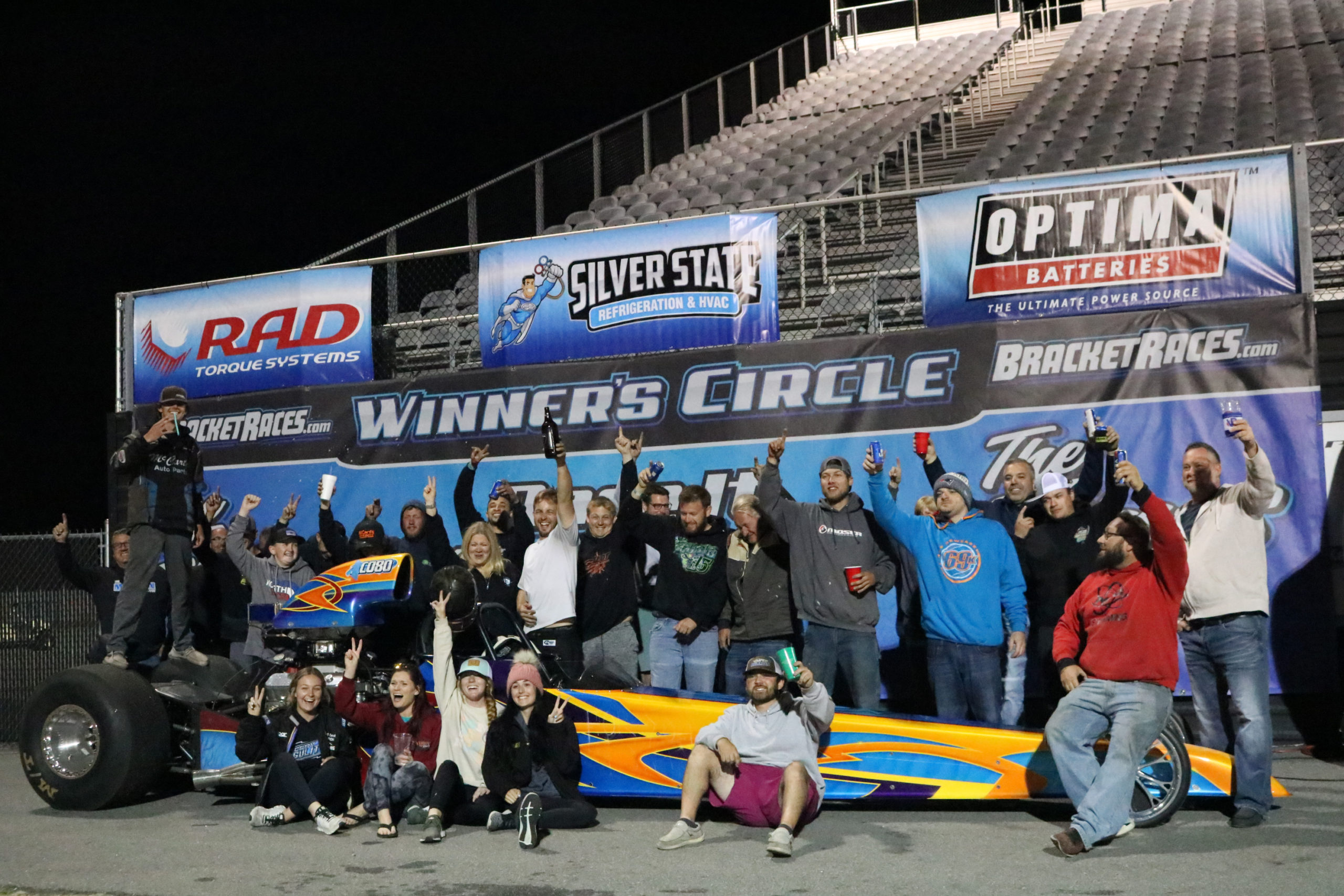 In the quarterfinals Holton laid down .007 total to move past Glenn, and Holmes crossed the stripe first by .006 to be dead-on four against Hicks. On his bye, Serra was .015 on the tree.

Serra earned his place in the final round after a .016 package while Holton broke out by eight thousandths. Holmes ran it out on his free pass to run opposite Serra for the big check. 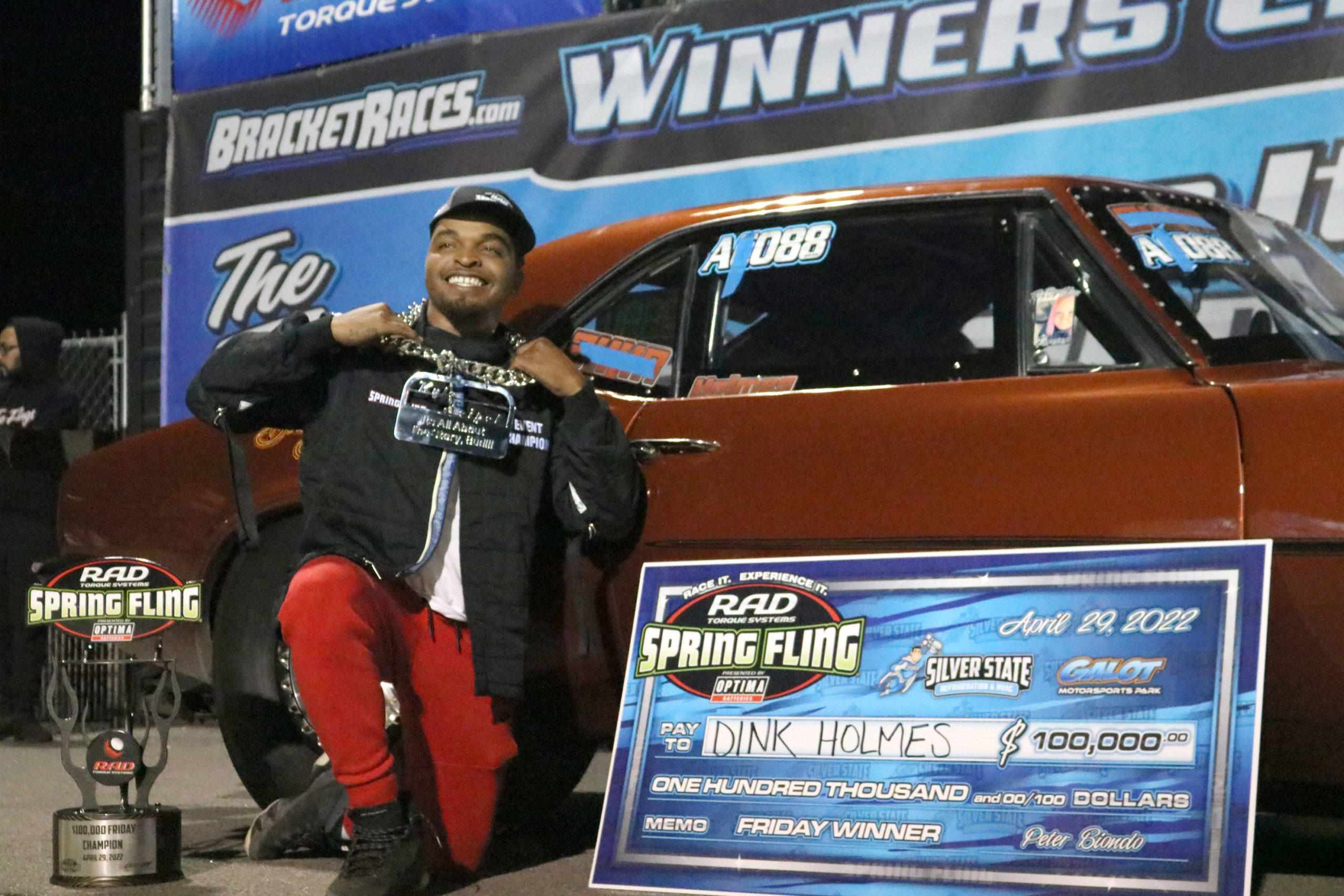 In the final of Silverstate $100,000 Friday the first-generation Camaro of Holmes illuminated the scoreboard after running dead-on five to the three-thousandths breakout of Serra after a runner-up finish the weekend prior at GALOT’s $21,000 Blackjack Double Down Shootout.

Tomorrow will wrap up the RAD Torque Spring Fling with Wiseco Performance $30,000 Saturday. Everything will be streamed live as it happens on the MotorManiaTV YouTube channel free to the viewer courtesy of JEGS Performance and Hoosier Racing Tire with new exclusive content produced by the Fling Team. 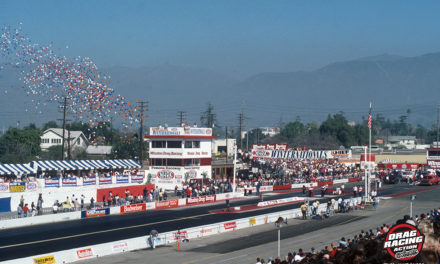 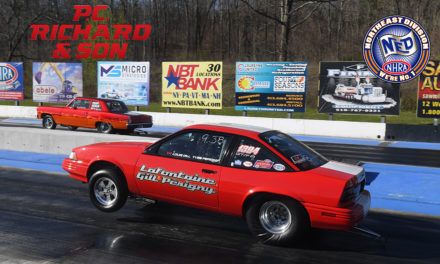